Influential in spreading the attitude and sensibilities of independent music to a much wider global audience, Teenage Fanclub are both an important and much loved band. By immersing themselves in the whole spectrum of popular music, they fashioned a unique sound – a Catholic eductation in which Soul music played it’s part. Ahead of Gerry’s Together DJ Set, he talks to Peckham Soul’s Craig Jamieson about how he first came across Soul music, its influence on his songwriting and reasons for the enduring interest in Northern Soul.

C.J: What were the first soul records you bought and how did you come to buy them?

G.L: I was probably led into soul music by The Jam covering Move On Up, Big Bird, Stoned Out Of My Mind, and by the iconic photograph of the dancer, suspended in mid-air, on the inner sleeve of The Gift, and by the mod thing in the early 80s. I remember older guys at the local youth discos with badges that said “Northern Soul” and “Keep The Faith”. I instantly loved the words and the symbols, before I really knew what it was or what it meant – it just appealed for some reason.

The first soul records bought were probably Stax LPs, Otis Redding, Booker T & The MGs, Sam & Dave, from record fairs at the Garrion Hotel in Motherwell or from stalls at the Barras. I remember freeing a Lee Dorsey compilation from my uncle, held amongst Nolan Sisters and Perry Como’s, which had Confusion, Holy Cow, Workin’ In a Coalmine and Get out My Life Woman amongst others, and playing these tracks over and over. I picked up Chiffons and Four Tops LPs from the local library’s sale. I had friends who had good taste and who would point me in the right musical direction or lend me their records to listen to, all sorts of amazing things.

For me, I was just into music – the whole thing was about hearing more stuff, educating myself in what music was all about, what was out there, and what I liked. I would have been as happy with a recorded cassette, a mix tape by a pal, as I would have been with original vinyl. I didn’t start buying rare records until I was reaching my 30s, when I began making enough money from music to have more than I needed to get by – my first disposable income.

The first big record I bought was Ruby Andrews Just Loving You. I paid the grand total of £50 for it and I felt physically sick for a few days afterwards due to my extravagance. Once the record arrived in mint condition and I started playing it I felt great. Buying rare records just wasn’t an option before – I came from a very normal financially challenged background, then I was a student and then a musician, I never had any money – I wasn’t really that bothered about owning anything, I was more into knowing about things than owning them. Luckily, I had friends who had good taste, I was growing up at a good time and the music I got to hear, and got into, was mostly absolutely brilliant.

C.J: Were there good places in Glasgow to both buy and go and hear good soul and Northern Soul sounds?

G.L: I could never be described as a soul aficionado, I’m into all sorts of music and I buy all sorts of records.  I know lots of people who could give a much more detailed and informed account of the real soul scene in Scotland in the 80s, 90s, and beyond. I’m just a guy in a band who’s been picking up the odd soul record from time to time.

From my limited point of view, apart from record fairs and the odd stall at the Barras or the Briggait, Glasgow wasn’t such a great place to pick up original 7”s. When I started buying rarer records it was mostly by sending a stamp addressed envelope and a subscription to dealers whose contact details you would find at the back of Record Collector.  I would be picking up a lot of Kent and Soul Supply compilations and from those you would usually compose your wants list. The first regular sales lists I got through were from John Anderson, John Manship, Pat Brady, Will Johnson, and Anglo American. Before YouTube and soundfiles, you had to rely on the dealer’s descriptions so, when buying blind, as I often did, you would be using your imagination a lot, sometimes crossing your fingers, and inevitably ending up with quite a few disappointments along the way, and the occasional winner.

Eventually some guys would send tapes and then CDs, and everything became a whole lot easier, much more so when the internet arrived.

For soul sounds, Good Foot was the club that changed things for lots of people in Glasgow. Chris Geddes has already covered this in your last interview. It was THE place to hear rare 60s soul in the city for quite a number of years. It certainly expanded my knowledge of the types of records that were out there. They had a great bunch of DJs, resident and guests, it was very welcoming and inclusive although there was, at times, a slight edge in the air for one reason or another – but that’s Glasgow for you, I guess, welcoming and slightly edgy. I went through to the Groove Soul City club at the Spider’s Web in Edinburgh a couple of times and they were definitely working at a deeper level than Good Foot, far more obscure sounds and seriously rare records, but for the social side of it all, for me, it was a better night in Glasgow – but maybe only because I lived there and everything was more familiar.

C.J: So what’s been the latest Northern Soul record you picked up?

G.L: I recently picked up Got To Find A True Love by E.T. White and His Great Potential Band. It’s not strictly a northern soul record, it’s a loose soul/funk crossover type of thing, pretty rough and ready, but really cool and charming. It’s the kind of stuff I’m into at the moment.

C.J: It could be said that there’s more an emotional connection to soul music, rather than a strictly stylistic influence, in your music. Although, on the Lightships album, echoes of artists such as Curtis Mayfield’s seem to be heard. How do you think soul music has influenced your song writing?

G.L: Teenage Fanclub is a group that I play in, it’s what I do for a living, and I’m sure, there are soul influences contained deep within the music that I try to make. I’ve been listening to soul music since I was a teenager and I would guess that its influence is inevitable, although maybe not completely explicit or on the surface.

When we started touring, making mix tapes for the van, there were always soul tunes and northern soul tunes in the tracklistings. Soul/northern soul was definitely something that most people I knew knew about and would have been exposed to – we were from an industrial area, we all grew up in the 70s and 80s, it was almost unavoidable. If you listen closely enough to our music, maybe there’s a soul influence in some of the vocal harmonies, or maybe in the major 7th chords, or maybe in some of the lyrics, choices of instruments, bass lines or handclaps. But we’ve always been wary not to be too obvious about things, wary about pastiche.

It could be argued that an R&B/soul influence gave birth to swinging London, Beatlemania, and all that followed, it’s what separated the new wave of The Kinks, Beatles, Rolling Stones etc from the conservative granny sounds of your Tommy Steele’s and your Cliff Richards, and what essentially gave birth to 60s modernism, which in turn set up the next wave and the next wave and so on, until we end up here, in 2016, influenced by everything that went before. Also, I play bass in the group, and as a bass player I would say that it’s almost impossible not to be influenced by Motown’s James Jamerson, regardless of what type of music you might make. He is far too important in the history of bass guitar to ever lack relevance.

At the end of the day, regardless of major or minor influences, we’re a group from Lanarkshire in Scotland and we have to be true to our own context, our own era as much as we possibly can, do our own thing and express ourselves in our own way. Regarding the Lightships record, without a doubt, The Impressions and Curtis Mayfield were amongst the primary influences guiding the production but more so in the shimmering textures and the feel rather than the actual structures of the songs or the musical style of the record.

C.J: At ‘Together’, were looking forward to giving you a warm welcome. Wondered what kind of set you’ve got lined up for us?

G.L: Well I haven’t deejayed in quite some time so I’ll be making it up as I go along. My strategy is to start with a good record and follow that with another good record, and hopefully, if I keep doing that, it will all work out. Expect mostly 60s soul, mostly upbeat, Saturday night stuff, some well-known tunes with a few more personal, more obscure, choices thrown in. As I haven’t deejayed for a dance floor in a while it could be filed under ‘experimental’ but, thankfully, the records will be doing all the work so it should be absolutely fine – with fingers crossed!

C.J: Northern Soul music still going strong. What do you reckon makes a great Northern Soul track and wondered what you thought the reasons were for the scene’s enduring appeal?

G.L: Northern Soul is, I guess, an umbrella term to cover various styles, moods, even eras. These days, I usually go for moody mid-tempo tunes and early crossover records, loose and even messy things. But for me, the “classic” northern soul sound is based on the Four Tops template : upbeat Saturday night music with criss-cross vocal harmonies, punchy brass, baritone sax, floating vibraphones, underpinned by a driving beat. Unlike the majority of Motown productions, the classic northern soul record is maybe a little distorted in places, a little overcooked to tape, and this adds edge and grit, to the sweetness and the beauty, which makes it more vital, more like real life and, therefore, more meaningful to the listener.

It’s strong dance music to lose yourself in, to forget about your troubles, your job, your lack of a job, your limitations. It’s total positive energy from an era of absolute inequality. For me, things like The Precisions’ If This Is Love, Jimmy Soul Clark’s Sweet Darlin, The Valentinos’ Sweeter Than The Day Before, The Steinways’ You’ve Been Leadin’ Me On, The Fabulous Peps’ With These Eyes are examples of your classic northern soul record. But there are thousands. The strength, quality and sheer quantity of the music is where the appeal is, and that will never change.

These records were made for working class people to dance to, to feel equal, to feel loved and to feel free and, although times have changed, there is still a need for that. 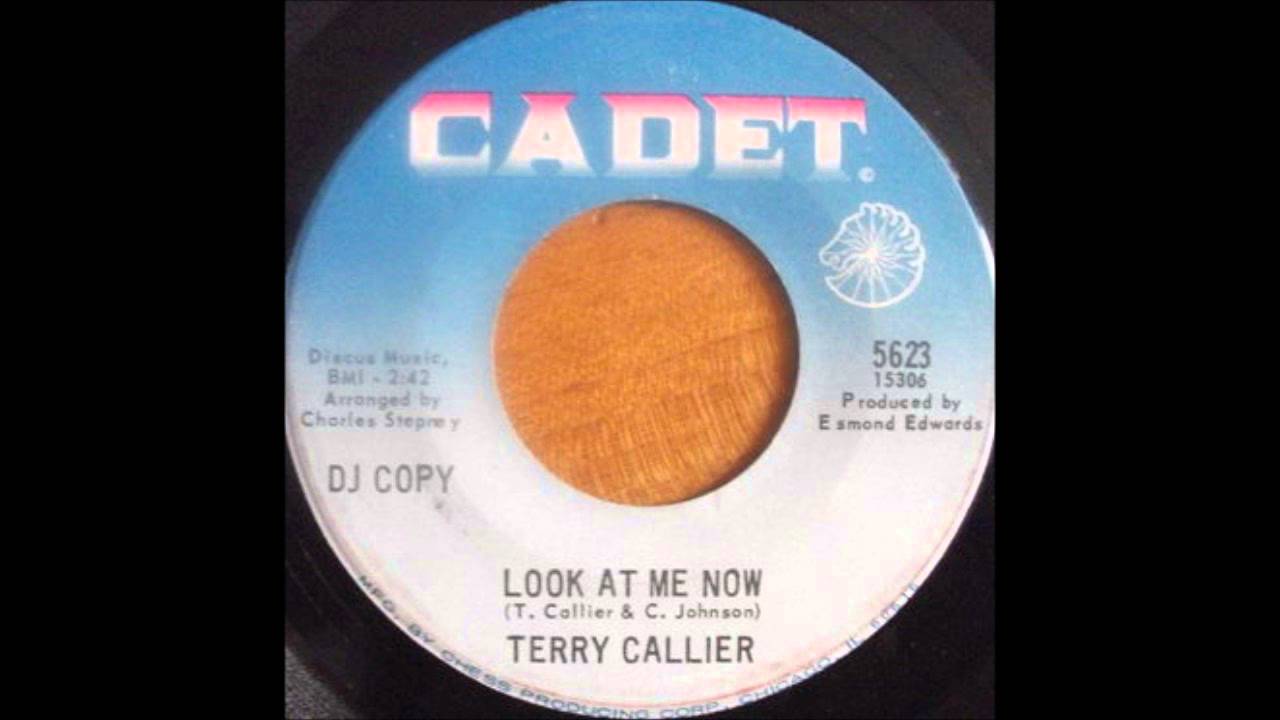