Despite being responsible for some of dub’s most spell bounding moments, recording with artists as diverse and ground breaking as Massive Attack, Lee ‘Scratch’ Perry, Horace Andy, Yellowman and Sly and Robbie, remixing the likes of Sade, The Orb, The KLF, Beastie Boys, Jamiroquai, Rancid, Depeche Mode and Perry Farrell, Craig Jamieson’s Peckham Soul couldn’t have had a more friendly, warm and down to earth welcome from Neil Fraser, a.k.a  the Mad Professor –  South London’s celebrated musical polymath and man behind the Ariwa label.

This may well be the consequence of achievements hard fought rather than given. The son of Guyanese immigrants, the Professor’s fascination with sound resulted from an early aptitude and understanding of electronics, building himself mixing desks and effect units in his teenage years. He then taught himself the complexity of the recording process, opening the first Ariwa studio in the front room of his family home in Thornton Heath in the late 1970’s. (Ariwa is taken from the Yoruba word ariwo meaning ‘communication’). His talent for recording was quickly spotted within the reggae musical community and by 1982, both he (and his neighbours) were ready for a bigger premises as it was evident that Ariwa could operate on a far bigger scale. They moved to a vacant four story building at 42 Gautrey Road SE15, and thus began the Peckham phase of the Ariwa story.

Always driven by a love of music rather than agenda, his Peckham output between 1982 and 1986 was prodigious, both in terms of diversity and innovation. From the early agit punk dub of bands such as Ruts DC and Anti-social Workers, to working with heavyweight Jamaican artists such as Johnny Clarke,  Lee ‘scratch Perry and Mikey Dread, to recording the cream UK reggae talent such as Sandra Cross and Pato Banton. A place of experimentation, the professor also developed a whole range of new digital sound possibilities with his Dub Me Crazy album series, given a fresh and new perspective to the soundscapes of reggae.

In 1986 this world of creativity came to the point of near collapse. The Studio was cleared out in a burglary. To this day the Professor still has a pretty good idea of who was behind it. Despondent, he seriously considered giving up the music business for good. After a few months of reflection, he thankfully set up a new studio not far from his initial Thornton Heath base. Both the Ariwa label and the Professor’s reputation continued to grow, working with such names as KLF, Massive Attack, Beastie Boys and Janes Addiction’s James Farrell throughout the 90’s and noughties. The studio’s still knocking out top flight recordings, from Joe Ariwa (Mad Professor Junior) along with The Congos. Macka B and many others.

Although his years working in Peckham during the 1980’s were both commercially and creativity successful, the Professor was battling in a business environment hostile to reggae, and where press and promotional exposure was given far less readily to artists who both talked and looked different to the industry’s mainly white money making stars.

So here’s the story of how the Titians of Jamaican reggae such as Lee’ Scratch’ Perry and Johnny Clarke, as well as the cream of home-grown UK reggae talent, came to Peckham. An important episode in Peckham’s social history, as well as the story of an artist who has contributed so much to music.  I’ll let the Professor educate you further.

(This interview took place between Peckham Soul’s Craig Jamieson and the Mad Professor at Ariwa Studios in Thornton Heath on 23rd of November 2015.)

CJ: How did you end up setting up a studio in Peckham?

MP: I had the studio in my front room of my family home in Thornton Heath in 78/79. It was too loud for the neighbours and too much traffic, the music was too ruff for them too. Looking around I found a place in Balham. But just before I completed it I knew that the way my business was building it would have been too small. So I looked around and found a 4 storey building in Peckham and the basement was big. It gave me the chance to expand. It was narrow but tall.

CJ: That’s opposite the Golden Anchor pub where they currently do reggae sessions.

You had Eric Clapton doing I ‘Shot the Sherriff,’ Johnny Nash breaking into national charts and Bob Marley breaking through to rock audiences. Ok, that was major label funded acts but independent reggae was very much suppressed. Unless you had big money behind you, you still couldn’t get played on Radio 1 or Capital Radio

CJ: Was there anything definable about Peckham at that time?

MP: Rough, you’d get mugged in Peckham. We lost a lot of clients when we moved from Thornton Heath to Peckham. A lot of white guys were afraid of going to Peckham.

CJ: Did you move to 24 track when you moved to Peckham?

MP: No the only one I could get was an Aces 16 track which wasn’t built properly. I struggled two years with that machine. By ’84 I got an Ampex 24 from the Barge, Richard Branson’s studio. It was smaller and could fit down the stairs. Still heavy though, required 4 or 5 people to carry it. That machine made some hits, that machine made some very good records.

MP: Jah Shaka had his offices on the first floor there

MP: U Roy was recorded after Peckham. The vocals we did with the Beastie Boys in LA. Some of the rhythm tracks were done in Peckham. But vocals in LA and it was mixed here.

CJ: Lee Perry, how did it come about that he recorded in Peckham?

MP: The first Lee Perry album was done in Peckham in ‘83 but it wasn’t released until ‘89 and up until now we still haven’t released some of the first stuff he done.

CJ: Was he aware of your work at that time?

MP: I don’t know if he was aware of my work because the time that I met him I had done maybe 10 or 12 albums. I had no real credibility. It was like an apprentice and a master

CJ: That surprises me. I assumed he was picking up on your development in digital sounds and thought this would be a fresh production perspective?

MP: Maybe, but in my humble opinion I wasn’t aware of this. He knew exactly what he wanted to do at that point and that was to sing.

CJ: Another big Jamaican artist you worked with at Peckham was Johnny Clarke, particularly on the critically recognised Yard Style LP. Who did that collaboration come about?

MP: I had first worked with him at Thornton Heath and then he came to Peckham and we carried on.  I knew all those guys, I mean we knew everybody.

CJ: Was there a real sense of community and support among reggae artists at that time then?

MP: Well, the black community was a lot more cohesive then. Maybe not so much now, but back then it was very cohesive.

CJ: Johnny Clarke was very much a favourite at Peckham’s Bouncing Ball venue

CJ: Although Peckham might have been considered rough, within the music fraternity, was Peckham considered a place where things happened?

MP: Well Bob Marley played there. I think it was around 1973

CJ: That’s fascinating, Mr Bee’s isn’t registered as a music and club venue until 1975, so it was going well before then?

MP: Sometimes, or sometimes we’d bring them over.

CJ: Peckham studio made big records, but in context of what we’ve discussing with regard to the acceptance of Reggae, were there artist which recorded in Peckham that you felt should have got far bigger recognition?

CJ: That’s interesting because you did have Reggae type records in the charts then, I’m thinking of things like Two Tone, The Special, The Beat, and The Selector.

MP: Two Tone was white. They didn’t mind the white face singing reggae. Some people tell you it’s not the music it’s who is fronting the music. There still uncomfortable with it, you can imagine what it was like back then. At least now it’s not so defined because so many people got black relations and the world’s a much more integrated place. But the system is still basically racist and it was still very definitely racist in the 80’s. If you wanted to manufacture and get play on the radio it was basically racist. The system was terrible. Nobody want to talk about it but it existed and still exists.

CJ: So there was a colour bar in Music in the 80’s

MP: There was a colour bar. It’s not imagination, I had to live it. This label Ariwa would have been as big as Virgin if there was no racism.  Well look at the stuff we’ve got, and look at the people how have passed through. If there was a level playing field.

CJ: So they had distribution and pluggers?

CJ: So people were still very uncomfortable about race then?

MP: A lot people felt uncomfortable talking to black people, especially people who weren’t prepared to be ripped off.  And I just want my pound of flesh. A few black guys got through, but what they represented was nothing. And when the dust settled you realized they were just a front for no business. They didn’t earn any real money.   I mean I wouldn’t get through on those terms. I rather be who I am, a rebel.

CJ: So you always wanted to keep Ariwa independent?

MP: Just finished album with Lee Perry called ‘Black Ark Classics in Dub’ and I’ve got an album for myself called ‘Dubbing with Anansi.’ Were just touring. Just finished a tour in Europe, Scandinavia, Germany, Belgium and Czech Republic. Every tour, all over. (The first LP in Mad Professors ‘Dub Me Crazy’ Albums

Peckham Soul would like to give a massive thanks to Mad Professor for his time and hospitality. To find further details on Mad Professor tour dates and releases, as well as what’s happening on the label, check out www.ariwa.com. Here’s some of Peckham Soul’s favourite cuts from the Mad Professor’s Peckham years. 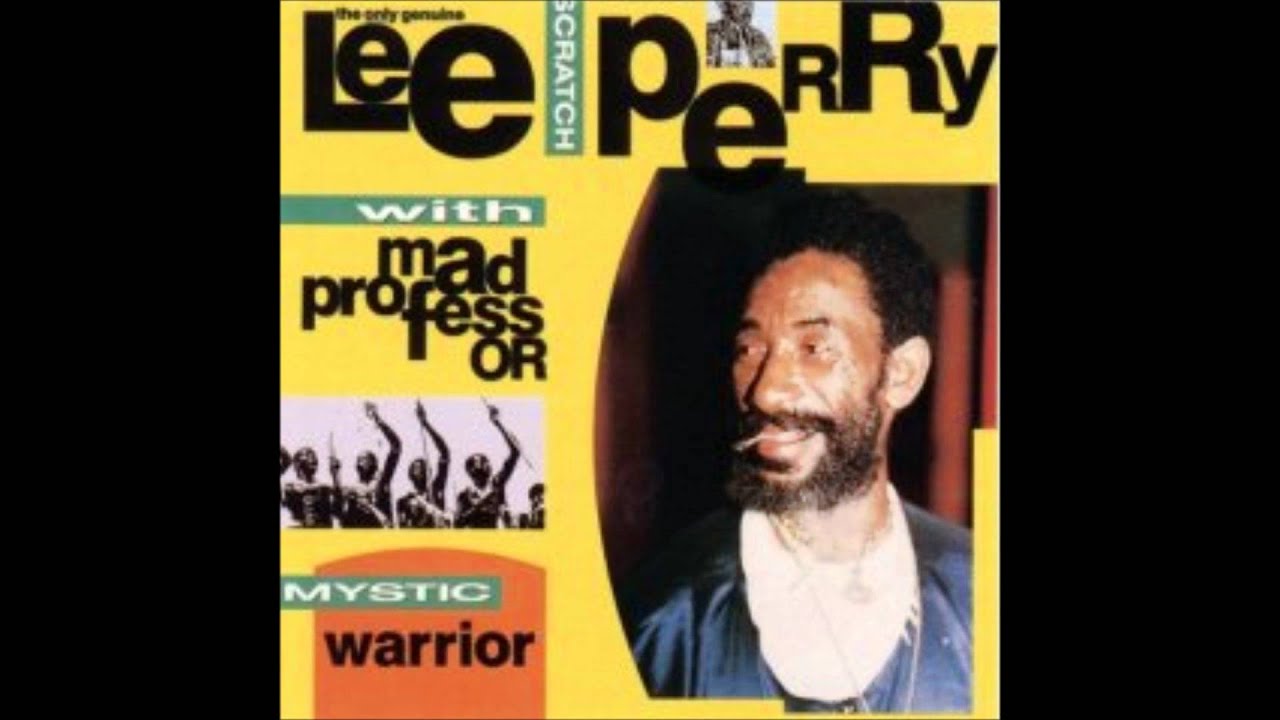